· Registered
Joined 7 mo ago
·
1 Posts
Iv had my Mazda cx3 2016 Atari for about 4 yrs . It’s been great , hasn’t missed a beat , however the rear passenger seat belt stopped retracting . I got it replaced - cost me over 400$ for a second hand one now the driver side rear seltbelt has also gone . Apparently the mechanic can’t find another second hand one - maybe it’s because it’s a common problem and they are in such high demand! How do we get a factory recall on this ? 0477 220713 Fran
B

· Registered
Joined 7 mo ago
·
4 Posts
We have exactly the same problem. We are “empty nesters” and could count on one hand how many times we have had rear passengers in our car.

The rear driver side passenger belt stopped retracting last year and we arranged replacement through our mechanic for $450.

The opposite side passenger belt stopped retracting last month. We contacted Mazda as this was now clearly a manufacturing issue. We are waiting to hear if they will cover costs to fix as the car is out of warranty.

In the meantime, last week the belt that was replaced last year has now stopped retracting!!
Our mechanic has been contacted as it’s under warranty and he has advised it is a known issue with the CX3 but Mazda are refusing to do a recall…
B

· Registered
Joined 7 mo ago
·
4 Posts
I recommend as many people as possible report this issue at this website: 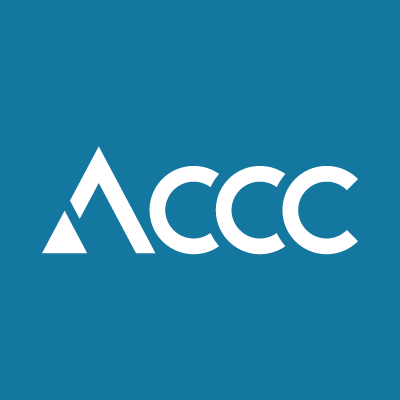 · Registered
Joined 6 mo ago
·
3 Posts
Wanted to jump on the thread and keep it current, as it helped us greatly when we had the same issue with our 2015 CX3 a few weeks ago.

Our CX3 was purchased secondhand in 2016 and was out of warranty. With just the two of us we never really used the backseat belts until recently dropping a relative home, he came to find he couldn't use either of the back seat belts. One was locked in, the other extended out and would not retract. After googling and finding this thread by chance, we rang Mazda to book an inspection for the fault (cost to us of about $180)

Within an hr they had inspected and agreed it was a fault and they would replace both belt units at no cost to us.
The following week we had an appointment to do the repair and it was completed within the day.

We were both apprehensive as to how it was going to go, but it honestly could not have gone any smoother. I don't know for sure, but it did honestly seem like it was something they were aware of and we were just another CX3 that had the issue. We didn't have to argue or explain our case at all.

I really hope anyone in the same boat find they have the same great experience as us, and aren't made to pay for a problem that really does seem to be an issue with the make.
B

· Registered
Joined 7 mo ago
·
4 Posts
Thanks for this information. We are in Western Australia and have been dealing with Melville Mazda. We took the car to the dealership at their request (this is where we bought the car from) so the seat belt could be inspected. We were advised that as the car was out of warranty, Mazda HO would need to approve the fix and that we would be advised once a decision was made. That is now almost two months ago and we still have not received a response. We have now gone to Consumer Affairs and complained, so hopefully this will get us a positive resolution.

· Registered
Joined 6 mo ago
·
3 Posts
I'm so sorry you seem to be having such a tough time of it. It's surprising (and disappointing) Mazda don't have a united front Australia wide. I wish you the best of luck!
S

· Registered
Joined 4 mo ago
·
1 Posts
For the DIY guys, this is an easy, although somewhat lengthy time repair (say 1 hour). The non retracting belt problem is due to a poorly assembled electric pretensioner on the opposite side to the inertial locking device on the retract assembly. The tensioner assembly needs to be removed to effect a repair. The steps are: 1. Remove the plastic trim (this is the hardest bit). 2. Disconnect the electric 2 pin connection to the pretensioner. 3. Remove the belt tensioner/pretensioner assembly (14mm socket For the two bolts).
4. Remove the seat belt chassis bolt. (The complete assembly is now free of the vehicle.) 5. Drill out the three rivets covering the anti-tamper cover over the electric pretensioner. 6. Slightly release the three anti tamper small bolts holding the electric pretensioner assembly to the inertial assembly. 7. The stuck belt will now miraculously retract back into the inertial assembly. 8. Do not bother re installing the anti tamper cover. 9. Put it all back together.
10. Do not bother asking the Mazda dealer to do the above. They are too stupid.
P

· Registered
Joined 4 mo ago
·
2 Posts
I just got both passengers seatbelts replaced as i just bought as second-hand.
Glad that the seller replace them before me!
S

· Registered
Joined 4 mo ago
·
1 Posts
Hello, One of the rear seat belts on my 2015 Cx3 wouldn’t retract. At first the local Mazda dealer suggested I try for warranty to Mazda myself. They didn’t want to deal with it and sent me back to the dealer. The dealer then tried and the Seat belt was replaced at no cost apart from the $60 inspection fee. So persist with your dealer!!!
Hats off to Innisfail Mazda, Qld.

· Registered
Joined Jul 11, 2020
·
23 Posts
All of my seatbelts in my 2019 cx3 have issues either the belt or latch. Mazda won't even reply to my messages so I am going to have to replace all of them

I would go back to your local Mazda dealer as my rear seatbelts would not retract on my 2015 Mazda my local dealership absorbed the inspection fee and had the two seat belts
replaced at no cost to me as it was a fault with my car. Mazda were amazing.
1 - 13 of 13 Posts
About this Discussion
12 Replies
10 Participants
Last post:
Joy 10 d ago
Mazda CX-3 Forum
A forum community dedicated to Mazda CX-3 owners and enthusiasts. Come join the discussion about performance, modifications, classifieds, troubleshooting, maintenance, and more!+
Full Forum Listing
Explore Our Forums
General Discussion Electronics and Audio Introductions Engines and Technical Discussion Appearance & Body